The ‘party’ game that swept the globe! I put party in quotations because while Codenames is a group game, it may not be the best party style game. Codenames remains on my Top 100 because it reminds me of an old game I used to play with my family when I was young, Password. Both games have a clue giver who gives one word clues to their team in hope that their team guesses the target word. But Codenames takes it up a level and wraps in word association, challenging players to tie together multiple target words with their one word clue. I love the moments when a clue is given and the clue giver must sit there in silence while watching their team vocalize their thought process… which sometimes gets a little out there!

Want to build a zoo? Well, this is your game! I am not sure how to quantify the main mechanism in Zooloretto, but essentially players either add to a cart (animals, money, or stalls), take a cart to place those tiles into their zoo, or do a special action with money. The goal is to collect sets of animals to fill different animal enclosures but has a really fun aesthetic to the mechanical parts of the game. I find it very fun to see my zoo grow with the different animals and the game easy enough to teach to almost anyone – plus the theme helps in roping people in. With experienced players, Zooloretto can become cutthroat by placing tiles strategically on the different carts, forcing other players to take animals they cannot place. I know Ticket to Ride is the modern classic gateway game, but I would almost rather pull out this one because of the theme, personal player boards, and ease of mechanisms.

Take or leave the theme. Like many other games on any list, depending on personal experience and perspectives Istanbul could be problematic. Compounded by how thinly veiled the theme is, I would have preferred more consideration with thematic integration. In this game, you are moving around a market trying to collect gems. This is essentially an action selection game where players are managing resources in order to ‘buy’ the gems. But how the action selection happens is the interesting and compelling part of the game. Players must create paths/routes with their workers in order to travel throughout the market and take actions. This forces players to think multiple turns ahead to plan out the right paths so their main worker does not get stuck with no support! I played Yokohama recently which felt like Istanbul+ but I think Istanbul stays on my list for the simplicity is brings to that style of game. 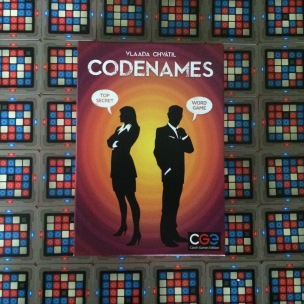 The first board game designed by Feld on my list – I know many folks will disagree with me here on how low I ranked Castles; however, I stand by my ranking. I did not play Castles until very late (probably two years ago) and at the time of playing, I already played many strategy games and a handful of other Feld games. While I thought Castles was interesting, quick, and fun, it was not the best Feld I played or even one of my favorite strategy games – BUT I do enjoy playing it and will definitely play if asked. In Castles, players are developing their own land through dice selection and tile placement. The aspect that keeps me interested enough to put this on my list is the puzzle of the player boards and how players can chain together actions. A neat game that fits the 30-45 minute time slot for me but I have also been stuck in games lasting two hours…

Board games sure do love trains! While there are many games where players are laying track for a railroad, Snowdonia is a bit different in that players must do a lot more in order to build the track up to the summit of a mountain. Players use a worker placement mechanism to excavate, get resources, lay rails, and ultimately, compete to contribute the most to the success of building the rail line. I enjoy Snowdonia because from turn one, I already feel tense, like there is not enough time to do everything I need to do. The worker placement is tight and the timing with the actions (clearing, building, etc.) need to be well thought out by the players. This is a game that will probably go up in my top 100 with more plays… I just need to hunt down a copy.

‘Dudes on a map’ is not in my wheelhouse when it comes to genres of games. It is a little cringe worthy that ‘Dudes on a map’ is indeed a recognized genre is board gaming, but maybe that is a separate post. Anyways, the only reason why I played Cyclades for the first time was the auction. If you know me, you know I like a cut throat auction and Cyclades delivers on that front. While the win conditions and the board are about area control and battles, the real game lies in the auction. Why? Because players can only take the action if they win that particular auction. This makes the game more strategic for me as I need to manage my resources for the auction each round and have back up plans if an opponent outbids me for a certain action. 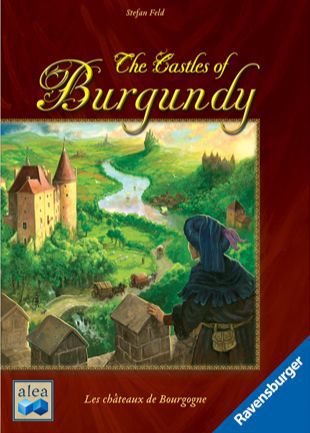 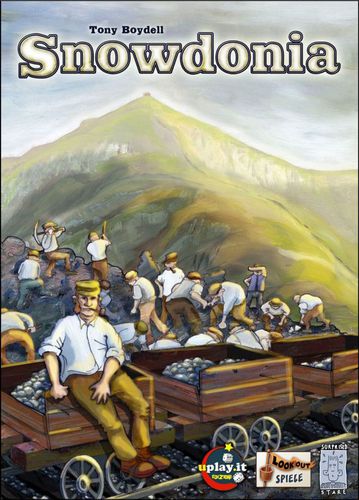 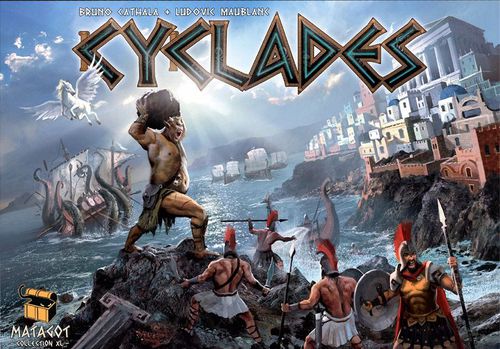 How can you say no to rat management? Okay, that is only one aspect of Notre Dame but when I first played the game it was a unique and thematic (for Feld) piece of the game. What keeps drawing me back to Notre Dame is the drafting of the action cards each round. These actions allows players to do different things in their boroughs including placing out influence, getting money, receiving prestige, riding around in their carriage, and clearing out the rats in the city. Notre Dame plays at a good pace, does not overstay its welcome, stretches the players in all they have to do, and is very smooth in its mechanisms. A new 10 year anniversary edition released not too long ago – go check it out if you have not.

I guess I also love action selection mechanisms because those games keep showing up on my list. And Mangrovia does not disappoint as an action selection game! In the game, players are trying to collect resources in order to build on different land types in a mangrove. Each round, a player selects two/three action spots which will determine not only what actions the player will take, but when. Each action spot activates in a certain order which could impact what resources are available and what building spots are still open. This game is pretty light on rules but I see a deeper strategy in Mangrovia. It fits nicely in that one hour to 90 minutes time slot for a strategy game. Oh and also, Mangroves are super important for coastal flood defense – a random fact I like throwing out… I do acknowledge that the theme could have been done much better than what it says in the description… “Caribbean mangrove setting.”

I am certainly not very talented at dexterity flicking games but I think they are tons of fun! One of my friends recently got a Crokinole board and (for some reason) is willing to transport it… so I now have access to play Crokinole on a semi-regular basis. This reminds me of “board game” cornhole as players compete on teams and alternate flicking disks on the board. The only rule is if an opponents piece is on the board, you must hit their piece on your turn. This creates and interesting challenge of flicking physics as players try to bank their disks off opponents and into the center of the board, which scorers more points. I have a lot of fun with Crokinole but will probably never own it due to the size.

Mr. Cabbagehead is the first solo only game on my list. I started solo gaming pretty early when I joined the hobby just because I was so enamored by games. I decided on a whim to make Mr. Cabbagehead’s Garden (print and play version). I printed out the cards, cut them out by hand, and created tokens on old Viceroy gem tokens. I even created the expansion! In my opinion, the print and play turned out great! In this game, you are planting different vegetables in preparation for the big garden tournament; however, you must watch out for your pesky neighbors who may steal your crops! This is a very neat spatial puzzle with a little bit of luck and hedging your bets against your neighbors. It is always tempting to go for the large scoring vegetables but I know that my neighbors wants to steal them!! A great, quick solo game that is being published by LudiCreations.