//
you're reading...
#DiverseBGBloggers, blogging, board games

As a disclaimer, I do not own a physical copy of Kamisado, but have played it extensively through the IOS Application.

I first played checkers when I was young out of one of the “25 games in 1” kits that featured checkers, chess, backgammon, and other games we never took the time to learn. Dating back to 12th century France, Checkers (or Draughts in British English) describes a variety of games where two players head to head capture each other’s pieces by jumping over them. The winner is the player who captures all of their opponents pieces. There are various other rules that may or may not be a part of a checkers game, but those are the main rules.

There may be a lot of strategy or tactics in checkers, but I never had the patience with checkers or chess for that matter. The rules are simple but the choices were not that compelling to me. I can appreciate chess and the strategy that comes with the different types of movement and the end goal. But checkers seemed so bland. These early experience I had with abstract games really turned my off to the genre. And I am very happy I took a chance with a recommendation for a Twitter acquaintance to download the Kamisado application for IOS.

My recommendation for you if you enjoy Checkers or want to give abstract games another chance is Kamisado! 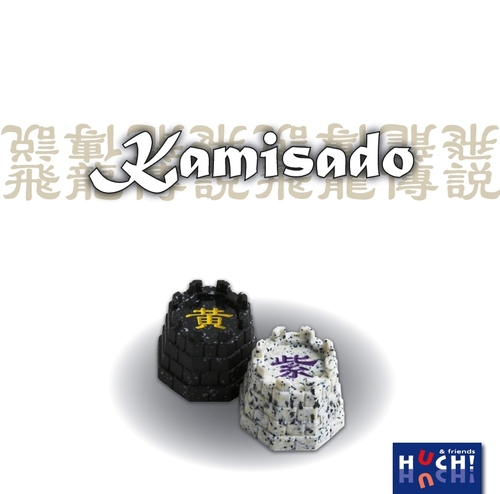 Kamisado is a two player abstract game that takes a board similar to checkers and, I’m my opinion, adds layers of meaningful choices and strategy. Each player controls eight pieces, each of a different color. The board is made up of 64 squares, also in the same color as the pieces. On a players turn, they can move any piece of theirs they want in a straight line (forwards, diagonal, horizontal, but never backwards). Whichever color space was landed on activates that colored piece of their opponent. The goal of the game is to get one piece to your opponents side of the board. The game can be played over multiple rounds (e.g., a game to five points) and when a player reaches their opponents side, they will get one point, choose how to reset the board by shifting all pieces left or right, and get a “special” piece in the color that made it across the board. The “special” piece can move backwards.

I enjoy Kamisado in particular, because it is a simple idea, easy to teach/learn, but offers a lot to think about each turn. The whole game is about trapping your opponent into giving you the winning move, since your opponent must activate the piece that will give you the victory. Also, playing this game over multiple rounds is very interesting as the pieces shift from their starting position and players gain those special pieces. It might not see like it up front, but moving backwards is very helpful in blocking and activating certain pieces. This game has a lot of similarities to checkers, without the capturing pieces mechanic. Further, Kamisado gives the player more to think about because moving a certain piece may be beneficial in position but it might activate an opponents piece they do not want active.

To be perfectly honest, I am terrible at this game. But I enjoy it very much. I have seen the physical game and the production is wonderful. I would recommend, if you are interested in Kamisado… to download the app first ($2.99 USD regularly but has gone on sale a couple of times in the past year) before investing in the gorgeous physical version. Even though abstract games may get a bad reputation in modern gaming, Kamisado is one you should not pass up.