Book Review: Devil in a Blue Dress by Walter Mosley 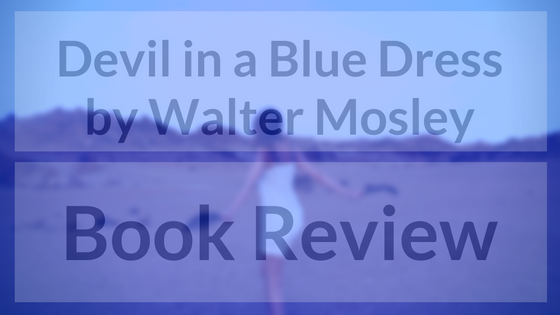 This is one of my picks for #DiverseDetectives. 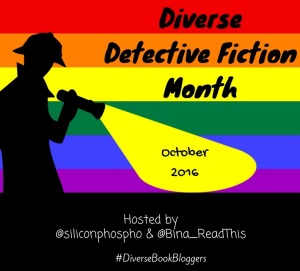 #DiverseDectectives is an book blogging event through the month of October hosted by  @siliconphospho and @Bina_ReadThis. Through this month I am committed to read two mystery / detective novels featuring detectives of color and posting at least one review. Devil in a Blue Dress is my first pick for this event and I plan to also read The Case of the Missing Servant, a Vish Puri mystery by Tarquin Hall. There is still time for you all to jump in to join this awesome event!

Devil in a Blue Dress is the first book following Easy Rawlins, an unconventional and compelling detective. I think I have heard of author Walter Mosley of the Easy Rawlins series before, but until October of this year, I never had an urge to pick it up. Crime and mystery novels are not my first choice and maybe it is because my experiences with Agatha Cristie and her detective Hercule Poirot. I was never able to get into Hercule’s way of investigating and often found the mysteries to be dry and anti-climactic. When #DiverseDetecives was announced, I was excited to try different mystery novels, in particular Devil in a Blue Dress.

Easy is just a guy trying to get by. He was recently laid off from his job in a defense plant and he is worried about making his payment on his house. What I loved about how this book began was that Easy Rawlins is not a detective by trade. He needs money so he takes a job from a White man in a nice suit, asking Easy to find a woman, Miss Daphne Monet. Easy has a gut feeling to not take the job; however, if he does not find the money soon, he would most likely lose his property. In the first couple of chapters, it seems like a relatively easy (no pun intended) job, but Easy Rawlins is soon plunged into a twisted mystery. much more convoluted and much more dangerous than he initially anticipated. A string on murders, police investigations, the demand of his boss, and Easy’s desperate need for a job all haunt him throughout the story.

Walter Mosley uses the backdrop of this mystery to start a commentary on race and power dynamics between Easy Rawlins, the police, and White men with money and power. In multiple scenes, Easy is pulled in by police for no apparent reason and questioned brutally about crimes he had no idea about. Also the power that the White men in the novel exert over Easy is frequent and disturbing. The one chapter that stands out to me is when Easy has to go into a White neighborhood in order to meet his contact in a park. A group of White teens start harassing Easy and probably would have physically assaulted him. The use of privilege in this part of the story by all of the White characters made me extremely uncomfortable and hit home so many points about race -> the segregation of neighborhoods, ability to commit violence with no consequences, antagonization of a Black man for no other reason besides his race.

The mystery itself was very compelling and engaging, in a very simplistic way. All Easy needed to do was find Daphne, but as the story unfolded, the reader learns the different motivations of the different power players in finding her. As I mentioned before, Easy is not a detective by trade and I loved seeing how that identity evolved in him as he got deeper into the mystery. He picked up different skills in deduction and detective work, sometimes making mistakes, and always coming out of dire situations. Easy feels like a real person, having real struggles and facing real consequences. Overall, I enjoyed my experience with Easy Rawlins and I plan to continue the series at some point.

9 thoughts on “Book Review: Devil in a Blue Dress by Walter Mosley”